In the summer months July and August it's a rule almost every birder in the Netherlands has only one goal: to find a rare wader. Good spots are the inundated bulb-fields in the western part of the Netherlands, the marshes in Flevoland, the estuaries on the Wadden Isles and the shores of the IJsselmeer at Workumerwaard in Friesland. In the afternoon of Friday August 1st 1997 Eddy Nieuwstraaten and Mark Zekhuis were birding in the Workumerwaard when suddenly they saw a pratincole (glareola sp.) sitting on the road in front of them. After careful observation, they considered this to be an Oriental Pratincole Glareola maldivarum. They took some photographs, warned other birders, but lost the bird. At 20:00 hours the bird was relocated, just a mile further east on a potato-field near the village of Doniaburen. Next day all birders who did not make it in time gathered at the potato field in the early morning of August 2nd. I stood with some birders at the entrance road to the Workumerwaard and we found the bird back while it flew out of the Workumerwaard towards the potatofield where we could observe the bird quite well. 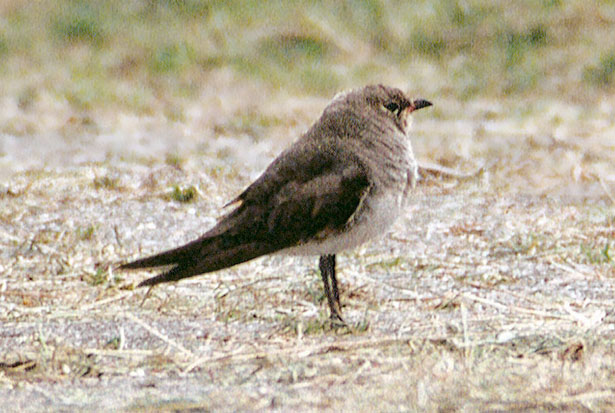 1 August 1997, Doniaburen Fr; © Mark Zekhuis. Note the short tail, the orange feather at the breast side and the relatively long legs 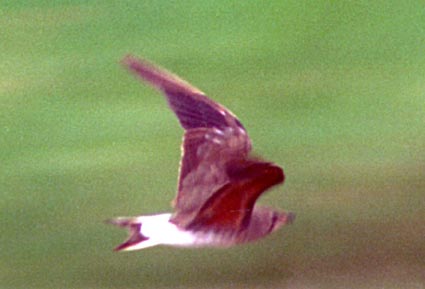 2 August 1997, Doniaburen Fr; © Arnoud van den Berg. Note the all-dark fresh primaries without white trailing edge; the sceondaries have not moulted yet and seem to have a light trailing edge, which is not unusual for G. maldivarum 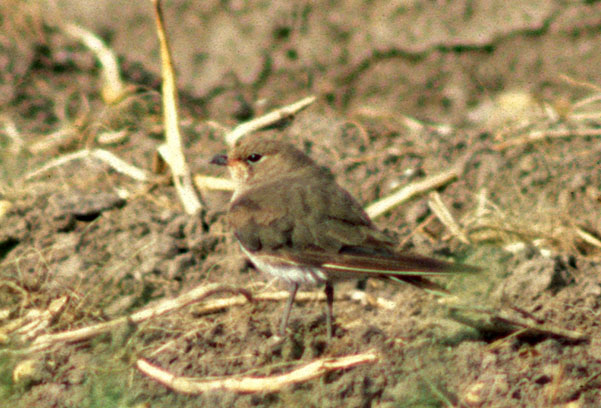 The bird stayed till Tuesday August 5th and left the area, because the owner of the field had to plough the field (cf Dutch Birding 19 (4), 211-212, 1997). The whitish tips on the secondaries were not seen in the field and seemed contradictory, but first-summer birds can retain some to all of their juvenile secondaries, which can have whitish tips ranging from 0 (when old) to 3 mm (when fresh). The most diagnostic feature was thought to be the presence of all-dark fresh primaries without white trailing edge.

Do you want to go to the main-index, to the 1997-index or the next species, the Laughing Gull?